Logan City Council's Volunteer Brunch
​In May 2022, some of our Seals committee members, Beth (Treasurer) and Stacey (Umpire Convenor) attended the City of Logan Volunteers Awards & Thank You Brunch. It was such a pleasure to attend such a wonderful brunch in honour of the amazing volunteers in the Logan community. A huge congratulations to all the deserving winners. Special mention and thanks to Councillor Lisa Bradley for her continued support of our club. 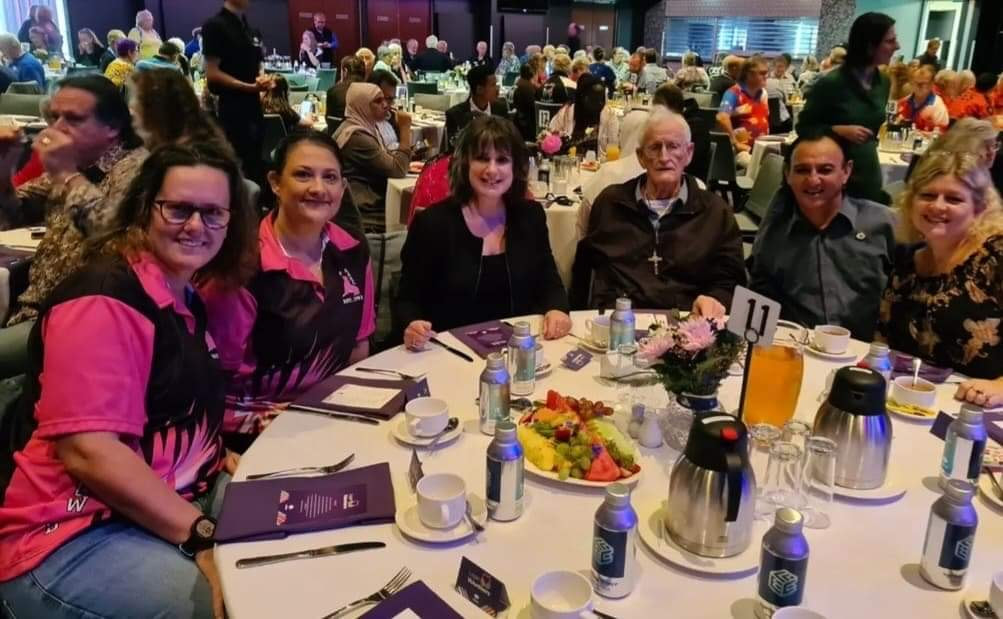 Seals 30th Anniversary Trivia Night
In 2021, we saw Springwood Seals Netball Club’s 30th year as an incorporated association. To mark the occasion, we held a 90s Trivia Night to commemorate the genre in which the club was established. We were joined by current members and their family and friends, many past members and life members.

The costumes were a highlight of the night, including Rose and Jack with their Titanic crew, Cher and her ‘Clueless’ betty’s, the Spice Girls, Phoebe, Rachel and their F.R.I.E.N.D.S., plus a whole lot of denim and flano! In between round of trivia and some throwback 90s tunes, we recognised current members who have served the club long term, some in playing years and then later as coaches and committee members.
Many awards were also presented as well as a showcase of memorabilia and photographs showing the evolution of the Seals uniform. This included The Palmer Perpetual Shield for Coach of the Year, named after our Founding Club Member, Kerrie Palmer (photographed below with her daughter, Danielle Adams, a previous Seals player and current coach of Starbursts team).
​Darrell Weston-Flower (photographed below with our Preisdent, Holly) was also the well deserving recipient of the inaugural Rising Star Award as a tribute to his years of amazing service to the club and it's members.
This celebration could not have been possible without the hard work our committee put in behind the scenes leading up to the event. Thank you to everyone who joined us to celebrate and show pride in the club’s success over the past 30 years!